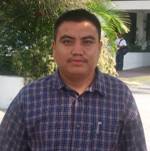 Amilcar Milian was 28 years old when he became a GOJoven Fellow and has worked as constable with the Family Violence Unit of the Belize Police Department.  Although the Belize Police Department has not been engaged in the area of reproductive health, Amilcar recognizes the importance of leadership development training within the force and the need to be more proactive in preventing gender-based violence. We expect that Amilcar will act as an agent for change within one of Belize’s most influential government institutions.

Manuela Garcia Pú became a GOJoven Fellow at age 28. As a Mayan woman, Manuela worked within ASECSA’s advocacy program focusing on gender policy and advocacy, both at the national level and within the organization. Prior to coming to ASECSA, she trained young Mayan women who work as domestic servants in Guatemala about their reproductive and […]