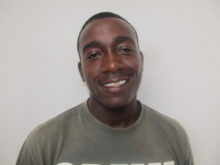 Phillip Ramos Jr. was born in HopkinsVillage and grew up on CayeCaulkerIsland, living in Dangriga most of his life. He is resilient in facing economic hardship, with both parents gone, and obtained a scholarship to graduate from DelilleAcademy secondary school in June 2012. He has experience in media, and has produced music and videos to create awareness around different sexual and reproductive health issues.  This energetic young person was 21 years old when he became part of the GOJoven Belize program and aims to increase his skills as a leader in GOJoven to continue making a positive impact on his community. 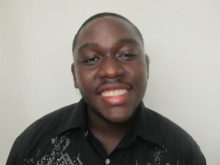 Thomas Reyes was born in Belize City, and has lived in Dangriga most of his life.  This motivated young fellow entered the GOJoven Belize program at the age of 19. Thomas is a graduate of DelilleAcademy, and his academic interests include Business and Tourism. He is also a member of the Youth Advocacy Movement, and has done volunteer work with a youth radio talk show in Dangriga called “Big Chat, Doing the Right Thing.” Thomas is a role model for other young people in his community to pursue further education, and is dedicated to working to address such sexual and reproductive issues as teenage pregnancy and the sugar daddy syndrome.

Anthony Martinez, born in DangrigaTown, was 23 when he became a GOJoven Fellow.  This dynamic young leader received his Diploma from DelilleAcademy and his academic background is in Sociology.  He received certification in the areas of youth and leadership development, proposal writing and facilitation. He has also served as the Vice President of a youth club known as Friends in Partnership Reaching Out (FIPRO), where he has worked with disabled children and the elderly.  Anthony considers himself a dedicated community activist whose goal is to make an impact on young people’s lives through positive change. 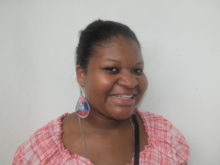 Kylah Ciego is a proud young mother whose eyes have been opened to the sexual and reproductive health needs of her community. She graduated from St. John’s College – Junior College (SJCJC) with an Associate’s Degree in Humanities (Literature and History), and her further academic pursuits included a Bachelor’s Degree in Social Work from the University of Belize, and a Master’s Degree in Public Administration from the University of Portsmouth, United Kingdom. Kylah has empowered young people through her volunteer work with the Community Rehabilitation Department and Youth for the Future. Being in the field of Social Work has greatly impacted her life because it gives her insight into the realities of the families within her community. With the Community Rehabilitation Department, she worked effectively with troubled and incarcerated youth.  With Youth for the Future, she worked as a facilitator during the National Policy Consultations in 2011 and continued to work with them as a member of the Planning Committee for the National Youth Council.  She became a GOJoven Belize Fellow in 2012, and, after successfully completing her training and leadership action project, she remained actively involved as a volunteer youth advocate and spokesperson for the GOBelize organization. In 2017 she was appointed as Beliz’s new CARICOM Youth Ambassador, representing as well as educating and leading young people in Belize, with a special focus on the health & wellbeing strategic goal in the CARICOM Youth Development Action Plan. This caring, driven young woman’s goal is to work with other like-minded community leaders to improve the social state of Dangriga and ultimately all of Belize.