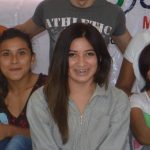 Shirley was 21 years old when she was chosen to be a GOJoven México Fellow. In her journey, Sharon has been involved in activities of Integral Sexual Education, such as serving as youth leader of Quintana Roo; practicing a face-to-face approach with the young population of their community; and promoting the correct and consistent use of different contraceptive methods to contribute to the reduction of unwanted pregnancies in adolescents for Populations Services International (PSI Mexico). 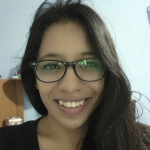 Montserrat was studying for her Bachelor’s degree in Social Anthropology in the Social and Economic Administrative Division of the University of Quintana Roo (UQROO) when she was selected to be part of GOJoven Mexico at 21 years of age. Montserrat has carried out research work in the field with communities and vulnerable population, and is currently studying a postgraduate course in Applied Anthropology. She is also developing a project focused on the sexual and reproductive health of migrants in transit through Mexico. 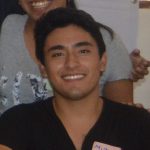 Miguel was 16 years old when he was selected to be a GOJoven México Fellow. Miguel has volunteered in different groups and organizations in his community. He is involved in activities that improve society by impacting children and adolescents, including workshops on contraceptive methods, sexually transmitted infections, and the environment. He currently directs the Contagia Alegría program of the Civil Association “Soñar Despierto.” His objective is to finish his bachelor’s degree and eventually become a maxillofacial surgeon to support people with limited resources. 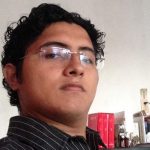 Julkin, musician singer-songwriter from the city of Felipe Carrillo Puerto, studied Government and Public Management at the University of Quintana Roo (UQROO) when he was selected as a GOJoven México Fellow at age 24. He has worked mainly in activities focused on the recovery of Mayan culture and art, where he focuses his musical skills to convey ideas of reflective awareness about youth participation. Currently, he devotes his time to teaching the arts, independent cultural management, and developing his own musical concept with pieces of his creation. 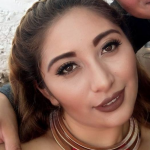 Estefany was selected as a GOJoven Mexico Fellow when she was 23, as she was pursuing a degree in Law from the Division of Administrative Political and Economic Sciences of the University of Quintana Roo (UQROO). Since 2010, Estefany has collaborated in different spaces focused on the promotion of good preventive practices in the exercise of adolescent and youth sexuality, giving talks on sexual and reproductive education, abd implementing dynamics and games with adolescents. She has generated awareness and social impact through face-to-face approaches with the youth population of Quintana Roo and being a youth leader for the Population Services International (PSI Mexico) from 2010 to 2014. Estefany was a radio announcer for the “TODAY TOKA” project and participant of the congress of spokespersons in favor of the right to decide implemented by the MARIA fund. One of her objectives is to contribute to the empowerment of women, mainly indigenous Mayans. 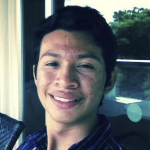 Juan was 17 years old in high school when he was selected to be part of the new generation of GOJoven México fellows. At his young age, he has participated in different activities focused on promoting positive ideas around environmental awareness of the adolescents of his and nearby communities of the municipality Othon P. Blanco. Additionally, he was part of the group of volunteer students from Mexico and the Caribbean Fellows one year before being selected for the scholarship. One of his future goals is to form a comprehensive youth collective that can be replicated in nearby communities. 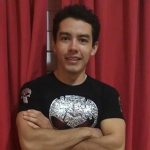 Armando is an eighth semester student studying Bureaucratic Law at the National Institute of Trade Union Studies and Public Administration. He has a diploma in Oral and Human Rights and another in Family Law. At the age of 20, he began his journey as a GoJoven Mexico scholar in the city of Chetumal, Quintana Roo. He is currently 21 years old and has participated in various programs as a trainer on issues of Human Rights and Sexuality. After completing his bachelor’s degree, his plan in the meantime consists of working in the sector of public security or justice, and in the long term, teaching in subjects such as history, human rights, philosophy or personal defense. 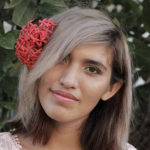 Aranza was selected as a GOJoven Mexico Fellow when she was 20 years old, as part of the first generation of Mexico and the Young Caribbean Fellows. At the time, she was pursuing a degree in Pharmacy from the University of Quintana Roo (UQROO). She started her journey at 16 as part of the Unidad de Fuerza Juvenil Quintana Roo, a youthful, altruistic and independent group, serving as a social worker for the organization. Because of her interest in altruism and active participation, she was invited to be part of Plant for the Planet Mexico, where she was the representative’s right hand in Latin America in the period 2014-2015. She has been part of various altruistic groups, notably volunteering for 9 years in a group for young people with emotional and attitude problems.