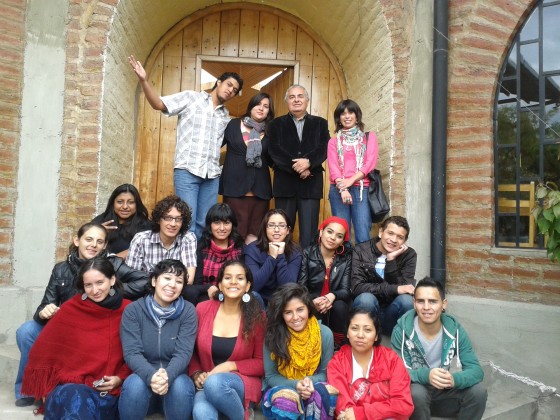 The Sixth General Assembly of Latin American and Caribbean Youth for Sexual and Reproductive Rights- REDLAC– took place in Quito, Ecuador from September 5th to the 8th, 2013.

REDLAC is a regional collective of autonomous youth organizations working to defend and promote sexual and reproductive rights in Latin America and the Caribbean. It is currently comprised of organizations and youth from seven countries working in the Latin American and Caribbean region (Mexico, Guatemala, El Salvador, Honduras, Nicaragua, Panama, Colombia, Ecuador, Bolivia, Brazil, Chile, Argentina, Uruguay, and Puerto Rico).

During the first two days of the Assembly, participants met to carry out an analysis of youth participation in the 20-year review process of the International Conference on Population and Development known as Cairo+20.

On both days REDLAC met with the political committee, the Ecuadorian Alliance of Youth on the Road to Cairo+20, who shared their national experience of becoming a youth platform and participating in the Cairo process.

Also, thanks to REDLAC, people from Honduras, México, Ecuador, Peru, Bolivia, and Colombia are involved in reviewing the Cairo agreements.

Gabriela Flores made a presentation to the group on the context, advances, challenges and predictions about the Central American Cairo+20 process. Central American reviewers of Cairo+20 hope that REDLAC’s work in El Salvador and Honduras, and work done through the GOJoven program in Belize, Guatemala, Honduras, and Quintana Roo, Mexico, will be strengthened during this process.

During the meeting in Quito, REDLAC defined its one-year Action Plan, including key actions to support the national Cairo+20 monitoring processes. Other topics include the Post-2015 Agenda and feminist endeavors like the September 28 Campaign for the Decriminalization of Abortion in Latin America, the Campaign for a Convention on Sexual and Reproductive Rights, CLADEM (Latin American and Caribbean Committee for the Defense of Women’s Rights) and regional and international events in the coming months related to youth, feminism and SRHR.