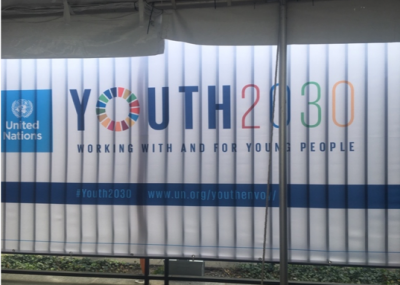 During the most recent United Nations General Assembly (UNGA) in New York, Joseline Velásquez, GOJoven Guatemala Alumna Fellow and staff member, was a featured speaker at the Ford Foundation event “Supporting Communities to End Child Marriage”. She was invited by Girls Not Brides to present the results of the GOJoven Guatemala project against early and forced unions. The event aimed to provide an open space for government representatives, advocates, nonprofit organizations, and funders to meet, network, and identify new avenues of collaboration to end child marriage. GOJoven Guatemala was one of the few featured partners leading successful grassroots projects that was invited to speak. 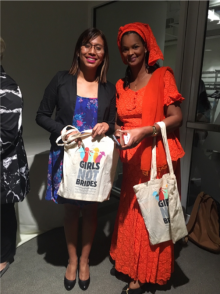 Joseline with Aeisatu Bouba from the Cameroon Indigenous Women Forum.

For the past two years, Joseline has served as co-leader on GOJoven Guatemala’s CAMY Fund-supported project to eliminate child marriage in 5 departments in the country. She has also presented their work at other high-level international events, including the Central American Donors Forum (CADF) in Panama City in 2017. Notably, Joseline’s participation at events like the CADF and now UNGA has solidified GOJoven Guatemala’s reputation as a regional expert in the prevention of early and forced unions.

During her presentation, Joseline highlighted GOJoven Guatemala’s advocacy agenda in this space at both the national and local municipal levels. The organization has led active youth participation in congressional hearings, as well as discussions with community leaders and delegates to ensure that policies regarding forced unions are implemented both accurately and within the communities that are most affected by this issue. 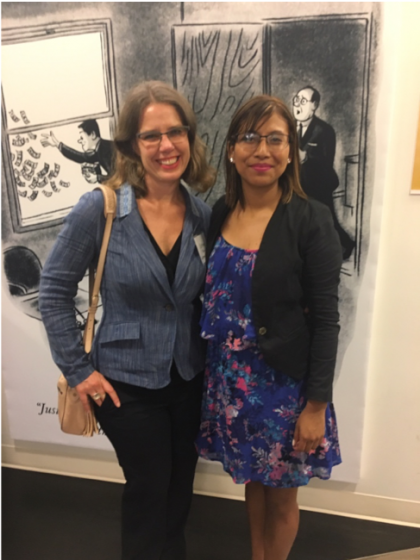 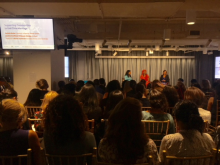 Joseline speaking with Aeisatu on the panel, moderated by Lakshmi Sundaram, Executive Director of Girls Not Brides.

GOJoven Guatemala’s country level work on these issues has been recognized regionally and internationally for several years. In 2015, they became a member of the global Girls Not Brides network, and, in 2018, they became a founding member of the “Latin American and Caribbean Initiative to Prevent and Address Early Unions Among Adolescents and Girls,” a regional network in Central America promoted by CAMY Fund to address the impact of early unions on young adolescent girls regionally.

Here at the Public Health Institute and GOJoven International we are proud of  Joseline’s and GOJoven Guatemala’s strong efforts to support communities in putting an end to child marriage, and we look forward to their advocacy work in the coming year!