GOJoven International celebrated its 10th anniversary with a Youth Leadership in Sexual and Reproductive Health and Rights Symposium and Anniversary Fiesta on March 29, 2016 at the Washington Inn Hotel in Oakland, California. Over the past decade GOJOven has equipped 250 young Fellows with the leadership, technical skills and networks needed to become change agents and work in partnership with other youth and adolescents, service providers and decision makers to improve adolescent sexual and reproductive health (ASRH) in Mexico and Central America. Through the Fellow’s community action projects and newly formed local, non-profit Alumni Associations –GOJoven Guatemala, GOJoven Mexico, GOJoven Honduras and GOBelize–, they have created a multiplier effect, engaging over 35,000 youth directly through educational workshops and awareness-building and advocacy actions that are directly impacting ASRH programs, services and policies at the local, national, regional and international levels. 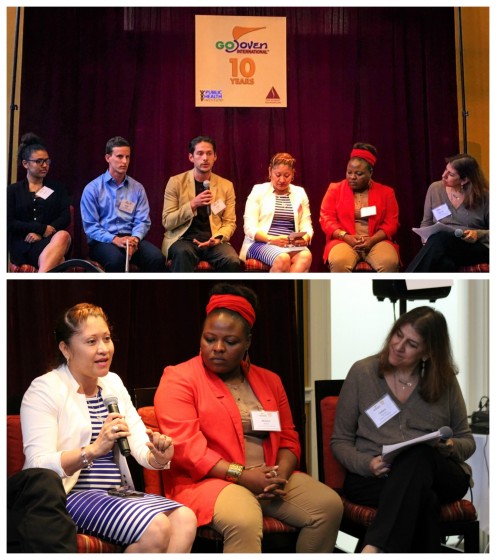 Over 60 participants engaged in dynamic, cutting-edge dialogue and mind-mapping about how to leverage youth leadership development toward improving adolescent sexual and reproductive health and rights (ASRHR) locally and globally. The symposium gave local, national and international young leaders the opportunity to voice their experiences and priorities regarding pressing ASRHR issues and engage adult allies and donors in a discussion on how to make their rights a reality. 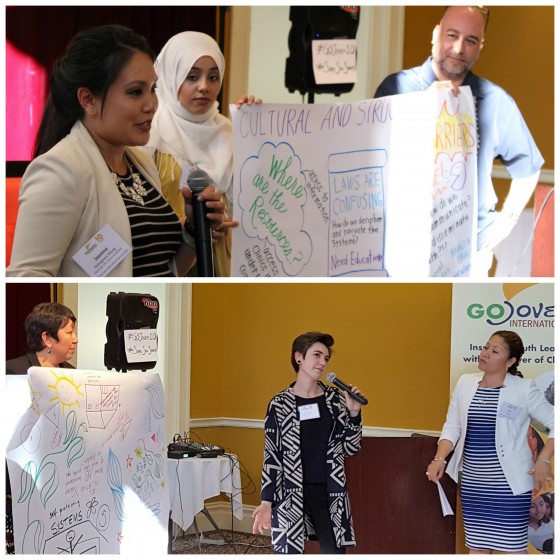 Local and global experts from the health, education, technology, legal and philanthropy sectors echoed the youth leaders’ calls to raise young people’s voices to decision and policy makers and program designers to meet youth needs and improve their health and wellbeing. Using the hashtags #GOJoven10 and #SafeSexSaves, participants of all ages shared their hopes for youth around the world via a photobooth and created a banner with their dreams for sexual and reproductive health and rights. Follow the Twitter conversation here. 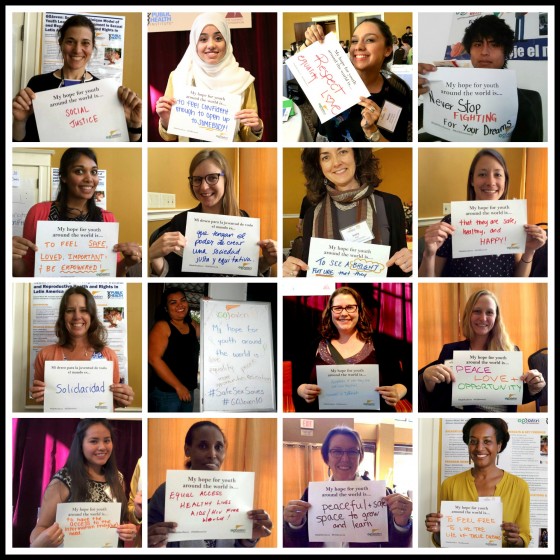 Photobooth collage of participants’ hopes for youth around the world.

The Symposium was followed by a 10th Anniversary Fiesta featuring GOJoven pioneers, leaders and supporters who highlighted GOJoven International’s successful scale up and impact in Mexico and Central America. U.S. Congresswoman Barbara Lee’s Office awarded PHI with a Certificate of Special Congressional Recognition congratulating GOJoven International on its 10th Anniversary and commending PHI and GOJoven on their dedication to improving ASRHR in Oakland and Latin America. 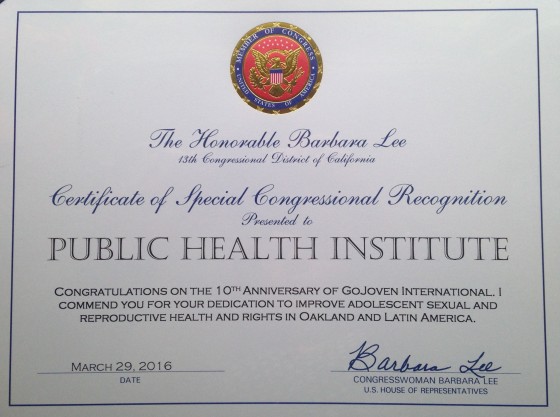 Certificate of Special Congressional Recognition to PHI and GOJoven International.

The event also included the premier of GOJoven’s new video that highlights how, even in challenging contexts of high adolescent pregnancy and STI rates, sexual violence and other forms of gender discrimination, GOJoven youth leaders not only empower themselves, but also work to inspire their peers, elevate their families, and change the ASRH policies, programs, services and social norms in their countries and region. The video was presented by its director and editor, PHI’s Joanna Hathaway. 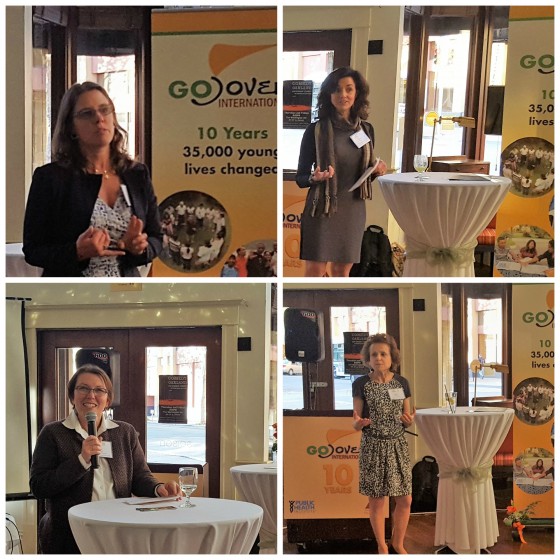 The four new GOJoven alumni associations: GOJoven Guatemala, GOJoven Mexico, GOJoven Honduras and GOBelize, featured in the video and at the event, also shared video messages with words of congratulations and messages about the impact of GOJoven in their countries. On behalf of GOBelize Alumni Association, Eva Burgos presented the case of GOJoven scale up in Belize and, echoing other leaders who opened the event, made the case from a youth perspective for the value add of youth leadership development as a force for lasting improvements to adolescent and youth sexual and reproductive health and rights. 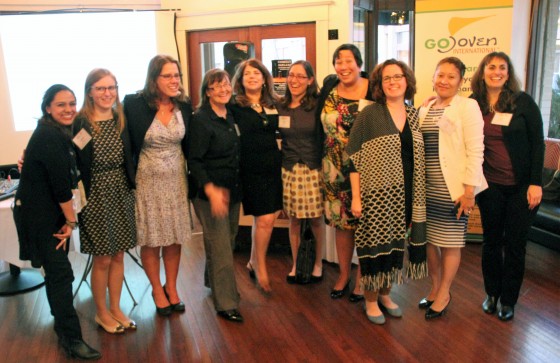 GOJoven founders, current and former staff and consultants came together to celebrate at the Anniversary Fiesta.