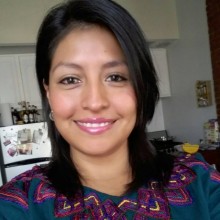 Ingrid Janeth Gálvez Cuyún is a feminist, a primary school teacher by training and a Human Rights and Sexual Rights activist. Ingrid is convinced of the power of historic memory and social and sexual justice as tools for social transformation. Her professional experience includes educational work for Asociación de Servicios Comunitarios (ASECSA) and youth work about justice and civic engagement for the Centro para Acción Legal en Derechos Humanos (CALDH). Currently she coordinates the Advocacy Area of Asociación GOJoven Guatemala. Ingrid was also a recipient of the Summit Scholarship through the GOJoven program.