Roberto Morales is an indigenous leader who has worked as an HIV/AIDS researcher, educator, and activist with indigenous communities in rural Guatemala since 2001.  He has extensive experience helping indigenous groups develop and write proposals for community improvement projects.  Roberto speaks 4 indigenous languages, which enables him to provide SRH education to different indigenous communities in his municipality. From 2002 to 2007 he worked at Proyecto Payaso educating rural communities throughout Guatemala about a broad range of sexual and reproductive health issues using performance art and other creative forms of communication.  In 2010, with the support of the Summit Foundation, he implemented an ASRH and gender-based violence prevention project for the victims of tropical storm Agatha. Roberto is a traditional Mayan medicine man (Ajq’ij). 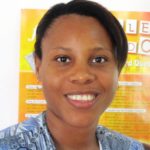 Tracy Webster is a graduate of Wesley High School. She has volunteered at Youth Enhancement Services (YES), which is a non-profit organization that is dedicated to empowering young women to lead independent, secure, and fulfilling lives through education, skills training, advocacy and outreach in Belize.Tracy considers herself a leader and believes that GOJoven has given her […]