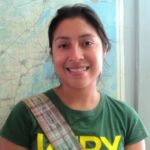 Marla Magaña is very passionate about the environment and has led several conservation campaigns and sexual and reproductive health (SRH) education in her native Progreso Village. She has been a youth volunteer leader with 4H andYouth for the Future (YFF) and has assisted YFF in conducting sessions for young people. She was a member of the GOJoven Hummingbirds—a youth group established by the 2009 Belize Team’s Leadership Action Plan (LAP). Marla aspires to become a wildlife biologist, journalist, and photographer. Her dream job is to work with National Geographic and give voice to her interest in women’s rights within environmental issues. She is gaining important skills as a member of GOJoven to work towards positive change in sexual and reproductive health and the environment for the youth of her community. 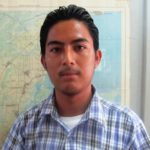 Osvaldo Cantun holds an Associate’s Degree in Biology from Centro Escolar Mexico Junior College, where he was valedictorian. Osvaldo became passionate about sexual and reproductive health issues as a member of the GOJoven Hummingbirds—a youth group that was established in Corozal as part of the GOJoven 2009 Belize Team’s Leadership Action Plan (LAP). Osvaldo is also very interested in conservation and was an active member of the environmental club at his school. He sees himself as a leader because he always takes the initiative to guide his peers but believes that the participation of the entire group is always the key to success. 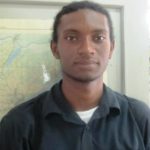 Errol Longsworth volunteered with the National Drug Abuse Control Council (NDACC) for nine years before becoming an NDACC Outreach Case Officer assigned to the Corozal District. He has also been a volunteer with UNICEF andYouth for the Future (YFF), and has participated in a number of activities and trainings with Alliance Against AIDS (AAA).  Errol’s belief that every young person deserves a second chance fuels his work with at-risk youth as a Youth Facilitator. He has a heart for volunteerism and will always give up his time to assist anyone or any organization. 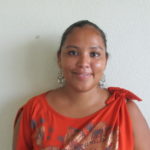 Nekeisha Lima is an energetic mother of two who has experience providing neo-natal care at the Corozal Health Center with her mother, who is a community health worker. She has experience as an Inter Youth Officer for the Department of Youth Services. Nekeisha also attended theCorozalCommunity College, and has a passion for sports, dancing and travelling. She has served as a member of the National Executive Committee of The Belize Youth Movement and her goal is to empower young people in the areas of SRH as well as promote positive youth development in her community.