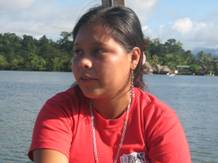 Sandra Marivel Pérez Pop became a GOJoven Fellow at age 18 and is a Mayan woman from Livingston, Izabal.  She studied sustainable tourism at the Ak Tenamit Association.  Sandra worked as a volunteer for an AIDS prevention project where she traveled with a group of clowns to rural communities and to Livingston to teach the population about the importance of HIV prevention.  Sandra was invited and awarded a grant to represent Guatemala in an International Conference on Women and HIV in Kenya, Africa to share her experiences from Izabal.  Sandra wants to continue to uncover in the field of counseling and community work on HIV and hopes to study psychology in the future. 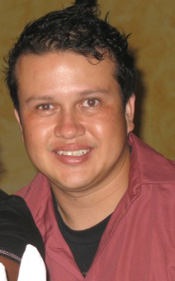 Rubén Leonardo Pineda Méndez became a GOJoven Fellow at age 25.  His professional experience includes working as an accountant and office manager for the Puerto Barrios office of Association Gente Nueva, a national non-profit organization focused on HIV/AIDS prevention and treatment. Rubén participated in a Red Cross project focused on family planning and HIV prevention, replicating what he learned in schools throughout Izabal.  Rubén was treasurer of the Izabal Network to Prevent STIs and HIV, which works closely with the Izabal Health Department.  A strong advocate for the rights of people living with HIV/AIDS, Ruben hopes to continue in this field and to develop an ornamental fish business to help provide for their economic self-sufficiency. 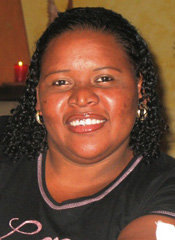 Marta Honoria Castillo was 26 yearsold when she was selected as a GOJoven Fellow. Her professional experience includes working as a trainer in the Association of Garifuna Women of Guatemala.  In this capacity, she advocated for the rights and health of Garifuna people throughout the Izabal District.  Marta served for two years as President of the Youth and Children Parliament of Guatemala.  She has training and experience in conflict resolution, teamwork, community development and HIV/AIDS. She completed two years of university studies in Business Administration and recently obtained a professional certificate in Political Leadership and Human Rights in Honduras. Currently, Marta serves as the Training Coordinator for GOJoven Guatemala. She hopes to become an international advocate for laws and polices that support women, strengthen organizations and empower youth.

Blanca Estela Ical Bolóm became a GOJoven Fellow at age 18.  She went to high school at the Mayan Educational Institution Ak Tenamit, Izabal where she focused on sustainable tourism. A dynamic, proactive, indigenous Queqchí woman, Blanca is seen as a leader within her community. She volunteered as a youth promoter in Ak Tenamit’s HIV Prevention Program. She is a trained and practicing spiritual guide. Blanca has participated in numerous exchanges with other indigenous leaders from Belize and Mexico, and is interested in expanding her work with youth from other ethnic groups. She is extremely committed to her community and nature and is interested in studying medicine or nursing in the future.