Sara had more than eight years working at the Women’s Integral Development Association (AFDI) when she was selected as a GOJoven Fellow in 2011. She began her work at AFDI as a member, then with a position as treasurer, and transitioned to become the president and legal representative of the organization. Sara also works as a trainer for the National Women’s Forum, where she facilitates workshops with groups of women and youth from various communities, and high schools in Huehuetenango. She has also worked to carry out a project for survivors of domestic violence in collaboration with the National Organization for Prevention of Domestic Violence (CONAPREVI) and the Women’s Advisory Department of Development (CODEDEH) in Huehuetenango. Sara’s experience also extends to working with the Ministry of Public Health and Social Assistance as an informations assistant. Her goal is to support women’s and youth groups in ways to prevent and eradicate sexual violence. Sara has her high school degree in computer studies and her goal is to gain an undergraduate degree in social work. Sara Beatriz was selected as a GOJoven Fellow when she was 28 years old. 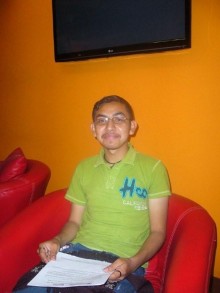 Juan was working as a volunteer for the Office of Youth, Adolescent, and Childhood Affairs in the municipality of Aguacatan, Huehuetenango (COMNAJUA) when he was selected as Fellow. In this position, Juan facilitated workshops on different issues such as sexual and reproductive health, sexually transmitted infections, and family planning. This young leader was president of the Board of Directors for a Catholic youth group and coordinator of the group, “Youth Connection” in Aguacatan. Juan is trained as an intercultural, bilingual elementary school teacher. He hopes to teach classes to children and adolescents, and incorporate sexual and reproductive health topics in the curriculum. Juan was 20 years old when he was selected as a GOJoven Fellow. 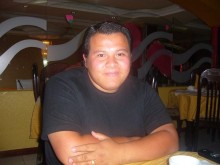 Jorge was 24 years old and had more than five years of experience working with the NGO, Teen Challenge Association Huehuetenango (ASDEJUVEH) when he was selected as a GOJoven Fellow in 2011. His long term goal is to continue his studies to obtain a doctorate degree. In addition to being a sales advisor, Jorge has worked as a radio broadcaster for the local station “Súper FM” in Huehuetenango, where he hosted programs that focus on social issues impacting youth and improve their knowledge in sexual and reproductive health.  Jorge hopes to one day participate as a local representative for Huehuetenango, and through this work, support policies that improve SSR for youth and adolescents.  Furthermore, his dream is to successfully represent Guatemala politically in global affairs. 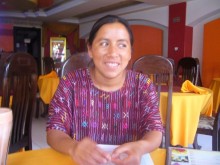 Martha is an indigenous bilingual leader, originally from Colotenango, Huehuetenango. She speaks both Spanish and Mam. Martha does field work for the NGO, Pop Noj, on the project, “Rural youth creating alternatives to emigration in Central America.” Through this project, she provides leadership workshops and strengths municipal youth commissions. One of the organizational goals is to create a Municipal Youth Affairs Office. Martha has training as a health promoter and an elementary school teacher. Her plans are to finish her “profesorado,” a specialized degree for secondary education, with a focus in pedagogy and social sciences. She was selected as a GOJoven Fellow when she was 24 years old. 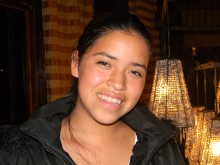 Maria was working as a volunteer in the Municipal Women’s Affairs Office in Chiantla, Huehuetenango when she became a Fellow. In this position, she worked to promote women’s sexual and reproductive health rights and literacy in her community. She has also participated in the organization “Mother Jungle” (Madre Selva) as facilitator of a workshop called “The Stars of Today,” that focused on young women living in rural Chiantla, Huehuetenango. This workshop covered issues around the environment, sexual and reproductive health, and healthy relationships. Maria’s dreams for her community are to end transmission of sexually transmitted infections and prevent teenage pregnancies.  Maria was 18 years old and was one of the youngest fellows when she first became involved in the GOJoven program.