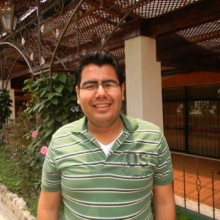 José Augusto Vélez Castro was 24 years old when he became a GOJoven Fellow.  His educational background is in Psychology and he did his professional internship at the Metropolitan Health Unit, providing advice to men sent in for domestic violence, and he also sees women who are victims of violence. He would like to continue working in the fields of masculinity and sexual and reproductive health, since he has noticed that many young people in his city need to know more about these topics. In his free time, José is the leader of a music group that plays rock pop.

Nery Felipe Sánchez Murillo has worked for many years in the Atlantic Coast Regional Delegation of the National Commission for Human Rights (CONADEH) in the promotion and training area, coordinating with different organizations that work in the areas of HIV/AIDS, human rights, and sexual and reproductive health. He has also been a volunteer at the citizen observatory of the National AIDS forum and for the nonprofit UDIMUF (Union for Integral Development of Women and Families). Nery also works with multi-sectoral networks and youth councils in defense of the rights of vulnerable populations, while also dedicating time to completing his Bachelor’s Degree in International Commercial Law. Nery is a dynamic leader, well known in his community for being responsible, resolute, and committed to empowering young people in different topics. He was 24 years old when he was invited to become a GOJoven Fellow. 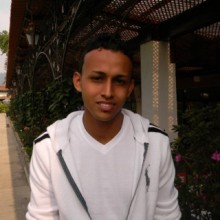 Enil Alexander Hernández Díaz was 20 years old when he was selected as a GOJoven Fellow. Before being hired as a promoter, he worked over five years as a volunteer for Rural Betterment in the program “Network of Youth inDefiance, Building the Future.” He has worked with volunteer networks in dangerous neighborhoods, using educational talks to teach several sexual and reproductive health topics to young people. Although this is not an easy task, Enil feels it’s a very important one. Currently, Enil works with the NGO CEPROSAF (Center for Health Promotion and Family Assistance) providing counseling and support for rapid HIV testing of at-risk populations. He also provides graphic design support for different CEPROSAF projects. Enil is a person who enjoys supporting his community; he is open towards young people and knows how to motivate those around him. 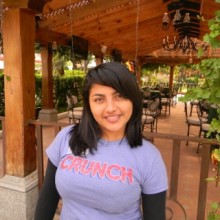 Yarlene Hernández Dubon was 18 years old when she was selected, and she was one of the youngest Fellows in the GOJoven program in 2012. She has worked for many years as a volunteer in a youth program at the Red Cross, providing training workshops for young people from different educational institutions in the city ofLa Ceiba. Yarlene has formed a wide network of young people who are educated on climate change and sexual and reproductive health topics. As a GOJoven Fellow, she has strengthened her knowledge on sexually transmitted infections (STI) and improved her communication abilities. 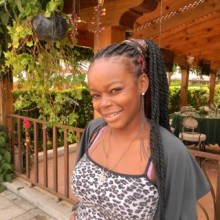 Yilian Maribeth David Herrera has served as director of the Corozal Theater and Dance Group, and has professional experience managing a recycling and solid waste management project.  As a university intern in Graphic Design, she acted as a facilitator in sexual and reproductive health and performing arts topics in 36 Garifuna communities along the Atlantic coast ofHonduras. Yilian is fluent in Spanish and Garifuna. She would like to work in STI and HIV/AIDS prevention with young people, combining her experience in theatrical and youth topics. Yilian was 26 years old when she was invited to participate in the GOJoven program. 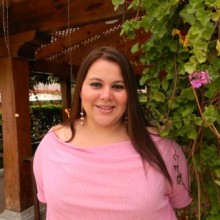 Lesbia Yamileth Cáceres Muños was 24 years old when she was selected as a GOJoven Fellow. Since then, she has dedicated her life to working with women and youth in La Ceiba, Honduras. Her academic background is in human development and law. She graduated as a Lawyer from the Honduras Technological University, where she was active in the Law School Student Association, as well as being active in the Youth Against Violence movement and in her church. She later completed her Master’s Degree in Project Administration at the Central American Technological University (UNITEC), and has since worked in project coordination and multiple consultancies. Her professional experience also includes working for the Honduran NGO ‘Unit for Women and Families’ Integral Development’ (UDIMUF). Since 2015 she is a member of the Board of Directors of the Asociación GOJoven Honduras, and works as an attorney for the Public Prosecutor’s Office in the city of Trujillo, department of Colon, Honduras. Yamileth is very committed to gender equity and seeks to make her own contributions that will bring change in her country. This young leader enjoys the recognition of her community as an empowered woman that obtains very good results in her work.