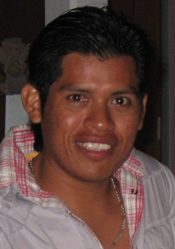 Rodolfo Moo Chi, 28 years old when he became a GOJoven Fellow. He has a Bachelor’s degree in business administration.  Rodolfo’s innate leadership skills, commitment to the youth of his community, and his past experience working at the local youth and health centers illustrate his capacity to initiate change. He hopes through the GOJoven program to begin to change attitudes regarding gender roles in Quintana Roo. He has long-term plans of entering politics.  Rodolfo’s professional experience includes working for the Health Assistant at the Municipal Health Department in Felipe Carrillo Puerto. 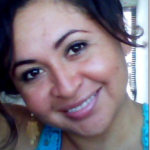 Silvia Muñoz Montero is professionally trained in nursing, and worked in this area with the Secretariat of Health in the state of Quintana Roo, in preventative medicine in different rural communities.  Silvia worked as a nurse for the Mexican Red Cross, volunteering her time in fundraising for three years.  In 2006, Silvia was selected as a GOJoven Fellow, during which she carried out the implementation of her Leadership Action Plan in a center for juvenile offenders in the state of Quintana Roo, delivering educational workshops around sexual and reproductive health (SRH) issues.  In 2007, Silvia received an offer from Population Services International (PSI) to coordinate a project related to issues around youth SSR.  This project was funded by the Summit Foundation.  Silvia is a Summit Scholarship recipient.

Oscar Moreno Castillo, was 23 years-old when he became a GOJoven Fellow. He  has worked as Coordinator of Centro Interactivo Poder Joven, a youth development center sponsored by the Quintana Roo Youth Commission.  Oscar spent several years working at the Poder Joven Center in Felipe Carillo Puerto before he was promoted to his current position as Coordinator of the project.  In 2007, Oscar held the position of Manager for the company Motopass Rent S.A. of C.V.  He took part in a civil association called Spiral 7.0 and a project called “Hands and Voices for Quintana Roo,” as well as dedicating himself to his own business.

Mareny Cecilia Cortés Santiago was 26 years-old when she became a GOJoven Fellow.  Her professional experience includes workings as an Assistant Director and Partner of HIDROLAB, a lab that performs chemical analysis of water, soil, food, and clinical specimens, and as a professor and president at the pre-university, associates level, teaching courses in science.  Mareny has worked as an independent consultant for environmental organizations, including Ashoka Foundation to carry out environmental and public health projects.  She has worked as a Country Representative for GOJoven in Mexico and an investigator on an HIV research project with the University of California, Berkeley and PHI. Mareny obtained her Bachelor’s in Environmental Chemical Engineering and a Master’s in Automation in Chemical Analytics with the support of the Summit Foundation and the Phone Foundation.  Mareny works to create a stronger link between SSR, the environment, and the empowerment of women in public policy.

Alejandra Patricia Sales Cardenas, was 29 when she was selected as a GOJoven Fellow.  Her professional experience includes working for the for the government’s program dealing with at-risk youth within the Department of the Family.  She directed a residential center for at-risk youth in Chetumal, where she worked as a counselor and educator for young people on topics of sexual and reproductive health, gender, and sexual violence. She would like to study sexuality at the Mexican Institute of Sexology.