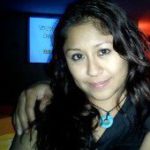 Wilma Esquivel Pat, originally from Chetumal, Quintana Roo, became a fellow at age 25.  Wilma obtained a Bachelor’s degree in Biology from the Technological Institute of Chetumal.  Her professional experience includes teaching and mentoring at the José María Luis Mora Middle School in Felipe Carrillo Puerto.  She  provoded workshops to parents and youth to carry out projects focused on environmental protection, HIV/AIDS prevention, the erradication of animal mistreatment, and the promotion of reading and cultural identity.  As a GOJoven fellow, she has participated in the Leadership Initiative in Emergency Contraception, the Training of Trainers (TOT) program, and the 2010 Digital Storytelling Project.  Wilma has plans to obtain a Master’s in Family Counseling and strengthen her ability to promote reading and poetry.

Sony Marcial Erosa Villanueva became a GOJoven Fellow at age 27 and has a Bachelor’s Degree in Educational Psychology.  His professional experience includes working as the academic counselor at the National Technical Professional High School (CONALEP) in Chetumal where he addressed issues of self-esteem, sexual health and family violence.  He also produced a radio program called “The Voice of Youth”.  Sony is a dynamic team player with a strong commitment to youth development.

Cecilia Kay Nicté Chablé Berlín became a GOJoven Fellow when she was 23-years old. Her professional experience includes working as a teacher and providing technical support at the Intercultural Maya University in Quintana Roo.  She holds a Bachelor’s degree in Preschool Education, and Certification in Creating Intercultural Environments.  Her short-term goal is to increase her abilities as an effective teacher, especially pertaining to intercultural education.  In the long-term, she aims to be a specialized teacher in pedagogy and intercultural education that participates actively in the development of professionals to contribute effectively to community development efforts.

Rafael Alejandro Rivero Aburto was 23-years old when he became a GOJoven Fellow.  His professional experience includes being the  general secretary of the Youth Assembly of Quintana Roo and president of the local chapter of a national political youth group called the Revolutionary Generation.  Both groups work to mobilize youth politically and train them in democratic participation, as well as other topics such as sports, reproductive rights and public speaking.  He has a Bachelor’s Degree in Law and his long-term goal is to run for Congress as part of Mexico’s Institutional Revolutionary Party.