Lemuel Manases Mena Vega was 22-years old when he became a GOJoven Fellow.  He is a native of Cozumel and one of the founding members of the Park and Museum Foundation, which is dedicated to the conservation and maintenance of ecological parks and habitat in Cozumel. Lemuel has been most active in a project conserving and monitoring sea turtles and has presented at several international conferences, including the Second International Youth Forum in Canada in 2009. Lemuel is active in local youth organizations and very interested in addressing the sexual and reproductive health needs of youth. His long-term goal is to establish an environmental education business in Cozumel to get the native population active in conservation efforts. 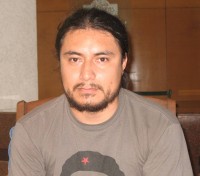 Justo Rojas López was 28-years old when he became a GOJoven Fellow.  He earned his MA in Population and Demographic Development from the Latin-American Faculty of Social Sciences in 2008. His professional experience includes working as chief analyst for the non-profit Observatory for Social Violence and Gender of the Riviera Maya, where he spearheaded studies on the social realities of gender violence, education, environment and development, both in Cozumel and along the Mayan Riviera. Justo is an active member of the Network for Studies on Gender in Southeastern Mexico and of the Southern Border Research Network on Water. Based at the University of Quintana Roo, he is particularly interested in involving youth as active participants in his research, especially in studies on gender-based violence. 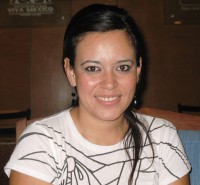 Guadalupe Andrea Espinoza Chávez was 27-year old when she was selected as a GOJoven Fellow. She has a BA in Social Communications from Occident University in her native state of Sinaloa, Mexico. She has covered the Cozumel City Council and produced a radio show called “Citizenship Pulse” that covered a range of social and health issues affecting Cozumel, such as alcoholism and teen pregnancy. Motivated by her own personal experience, Guadalupe hopes to develop innovative and effective strategies to inform youth about their SRH decisions so that they make informed choices that will influence the rest of their lives. 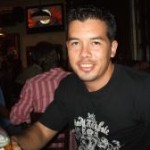 Juan Javier Rojas Aguilar, has been involved in the leadership of Cozumel’s Rotary Club since 2000 and has also volunteered with the local government’s Center for Youth Integration. Javier earned a BA in Commercial Systems from the University of Quintana Roo in Cozumel in 2006. His thesis focused on evaluating indicators for the sustainable development of the tourism industry. When he was selected as a Fellow at 29, he was head of Cozumel’s Commission for Potable Water and also works with CODESUET, the Consultancy Group for the Sustainable Development of Tourism Businesses. He looks forward to learning more about sexual and reproductive health so he can integrate this knowledge into his youth and environmental work. 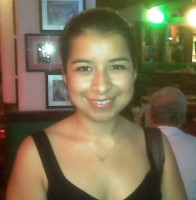 Carolina Almaraz Román was 23-years old when she was selected as a GOJoven Fellow.  Her professional experience includes working as the events coordinator at the Cozumel Office of Youth Services, part of the local municipal government, where she planned special events for youth ages 13 to 30 on tourism, health, and self-esteem. Carolina is actively involved in the political group Frente Juvenil Revolucionario, where she works with 150 other youth in Cozumel to promote youth as a priority on the political scene.  Carolina enjoys collaborative work and looks forward to honing her skills in media, especially public speaking, as a fellow in GOJoven.