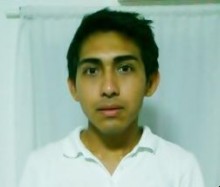 When Luis José was selected to become a GOJoven Fellow, he was 22-years old and worked as a volunteer for two years with the NGO Service, Sexuality Education and Health A.C. (SEEDSSA/ CHISPAS) in the area of communication and promotion. Part of his work included interviews with media, advocacy, and providing workshops with young people. Also, José Luis has organized a fashion show for HIV Prevention. José studied tourism administration in high school and has taken various diverse courses in ASRH. His vision for the future includes having his own organization with departments of research, development, and health. 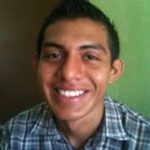 David was working as a preventative health promoter for Population Services International (PSI) when he became a Fellow. In this position, David carried out one-on-one interventions to promote abstinence, reduction of number of partners, and consistent condom use. He has received diverse training in ASRH and his interest is to provide group education to people with hearing disabilities. In the future, David would like to study to become a therapist and continue his training in sexual and reproductive health topics. Now, he specializes in computer sciences at the University “Técnico Superior.” When he became a GOJoven Fellow, David was 21 years old. 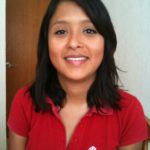 Karen is a leader that was 24 years old when she became a GOJoven Fellow. She worked as a Youth Project Coordinator for the international NGO Save the Children. She began her work with young people, coordinating projects in low income areas. She also has experience as a mortgage advisor for Elite Brokers. Karen graduated with her bachelor’s degree in Psychology and a master’s degree in Human Psychology at the University La Salle Cancún. Her vision for the future is to work with youth to promote gender equity through sexual and reproductive rights. Also, she hopes to provide teaching and counseling for the Youth Space program. 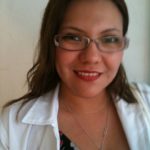 Sandybel had been the Director for the Comprehensive Mental Health Center at the Secretary of Health, Mexico for three years when she was selected as a GOJoven Fellow. Furthermore, she has other important experience working with youth: she has been a representative for the College of Psychologists, worked with the Adolescent Health Promoters Group (GAPS), and provided training for a political group. Sandybel graduated with a bachelor’s degree in psychology from the University La Salle, Cancún and specializes in work with children, adolescents, and adults. Her vision for the future is to be promoted to a higher position at her agency. Sandybel desires to connect issues of ASRH with the work that she does currently. She desires to work on a project with sexual and reproductive health and mental health, providing essential workshops. She was 24 when she was selected to be a GOJoven Fellow. 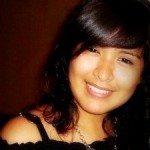 Areli was working for an NGO called Service, Sexuality Education, and Health (SEEDSSA/CHISPAS) as a general assistant when she was selected. She has plans to create an educational magazine about ASRH issues since she believes it is a form of media the reaches everyone. She has her high school degree in computer science and she currently studies Marketing to obtain her bachelor’s degree. Her long term goals are to be a leader for future generations, strengthen her organization, and address “adultism” in society. Areli was 19 years old when she was selected as a GOJoven Fellow. 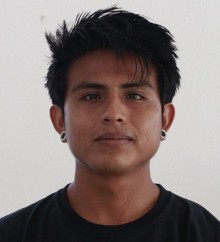 Ricardo May Jara is currently the Executive Director of Mexico y Caribe Jóvenes A.C. (GOJoven Mexico). Ricardo was selected  was selected as a GOJoven Fellow in 2011 at the age of 19, when he was serving as a volunteer at the NGO Red+Posithiva de Quintana Roo A.C., which focuses on HIV prevention, detection and care. Ricardo continued this work for over five years after he became a GOJoven Fellow. During his time as a volunteer with the organization he facilitated workshops on SRH, SRR, STIs and HIV for elementary, high school and university students, adults, rehabilitation centers, detention centers and the general public. He has extensive experience providing HIV tests and pre and post test counselling. He served as regional representative of REDJUVIH (Youth Network in Response to HIV) where he worked in collaboration with youth from the states of Campeche, Quintana Roo, Tabasco and Yucatan, and coordinated a project in the Mayan area of Felipe Carrillo Puerto. He was “Gente Joven” Program Coordinator for the Mexican Foundation for Family Planning (MEXFAM) in 2015. As a result of his pursuits into other areas of interest as well, he aims to strengthen community work that contributes to sustainability, by using art, permaculture, Human Rights, and food sovereignty. Rooted in his personal philosophy, Ricardo defines his work by being for and with the community.