The Regional Meeting: “Strengthening Alliances to Increase the Availability of Contraceptive Services and Supplies for Adolescents and Youth” took place in Santo Domingo, Dominican Republic, from May 13 to 15 2015. The meeting was organized by the Regional Initiative on Secure Availability of Contraceptive Supplies (DAIA), with the support of the USAID’s Project Deliver. Both GOJoven Guatemala and GOJoven Honduras were summoned to participate in the event. Representing their organizations and GOJoven International, were Ana Lourdes Tojin, executive director of GOJoven Guatemala, and Antonio Barahona, project coordinator of GOJoven Honduras.

The goal of the meeting was to build alliances and produce concrete  agreements to help guarantee the delivery of condoms and other contraceptives to prevent unplanned pregnancies among adolescents and youth. With this objective, DAIA convened representatives of multiple sectors from seven countries in the region: Dominican Republic, Guatemala, El Salvador, Honduras, Nicaragua, Costa Rica, Peru, and Paraguay. Participants jointly analyzed current national platforms, shared proven effective practices for ensuring the availability of contraceptives, and discussed how to position the topic of youth participation in order to promote behavior that will reduce the unmet need for condoms and other contraceptives.

This event was an important learning opportunity for the GOJoven representatives attending. The government authorities at the meeting prioritized the point of view of the youth representatives as a way to collect valuable information that they can use to  improve the design and implementation of sexual and reproductive health (SRH) policies and programs in their countries. Participants presented on the current state of young people’s access to contraceptive methods in their countries, highlighting successful and unsuccessful experiences. Through this exchange, GOJoven representatives learned about successful experiences in other countries that they could apply locally and nationally. GOJoven Guatemala found it especially important to learn about ways to improve young people’s access to the male condom and how to advocate for the legalization of emergency contraception (EC). They also analyzed the issue of unsafe abortions and brainstormed  how to build partnerships that could help favorably position the topic of abortion in Guatemala in such a way that it could be included in the political agenda and eventually legalized. 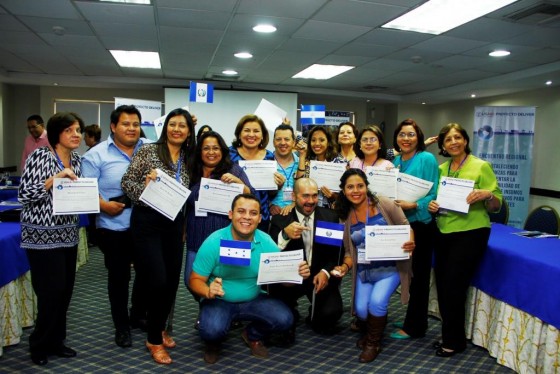 GOJoven representatives also contributed to the larger discussion. On behalf of GOJoven Honduras, Antonio Barahona shared their organization’s experience of “Diplomatic Breakfasts”, that they are implementing to raise legislators’ awareness about EC.Representatives of other countries at the meeting expressed great interest in replicating this experience in their own national contexts.  GOJoven Guatemala’s contributions were also valuable. They shared information about the work they have been doing with the Guatemala’s Reproductive Health Observatory (OSAR) to collect and maintain a national database of statistics on adolescent pregnancy. Prior to their presentation, government authorities at the DAIA Meeting had been unaware of this information and especially the reproductive health realities in rural areas as well as young people’s perspectives.

The most important outcome of the meeting for GOJoven Guatemala was that they were invited to join the Technical Workgroup on the Purchase of Contraceptives, made up of the Ministry of Health, including the Director of the Reproductive Health Program and the Contraceptives Program, and the Ministry of Economy.  In this very strategic new political position, GOJoven Guatemala now serves as a youth and civil society representative in the Workgroup.

The DAIA Meeting was a valuable opportunity for the representatives of GOJovenInternational’s network to join a regional dialogue with decision makers and leaders from different sectors, and to acquire knowledge and resources about expanding access to reproductive health supplies in order to strengthen their work in this field and improve the services available in their countries. They were also able to share their own experiences and perspectives about youth and adolescents’ reproductive health realities in their countries, and position themselves as regional and national experts in the field of adolescent and youth SRH. 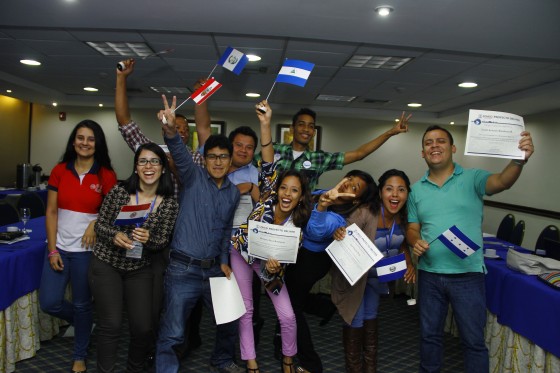