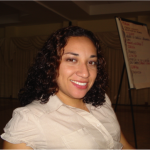 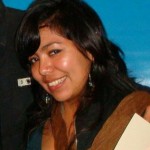 GOJoven Fellows Ingrid Galvez of GOJoven Guatemala, Wendy Aguilar of GOJoven Honduras and Nancy Leiva of GOBelize have been sponsored to travel to New York on April 2nd to participate in the International Women’s Health Coalition’s (IWHC) advocacy workshop, and the subsequent United Nations Commission on Population and Development (CPD) sessions, set for April 7-11 at the UN Headquarters.

GOJoven is committed to ensuring that young women’s health and rights are central to discussions of population and development. To that end, in 2013 Ingrid, Wendy and Nancy, and a number of other fellows, participated in the development of the Montevideo Consensus in Uruguay which brought together countries in Latin America and the Caribbean to prioritize access to sexual and reproductive health services. Most recently, Ingrid and Wendy received IWHC grant funding to develop trainings and advocacy strategies to disseminate information on the Montevideo Consensus and monitor its implementation in Guatemala and Honduras.

The upcoming IWHC advocacy workshop will provide 25 individuals, mostly youth, from Latin America, the Caribbean, Asia, the Middle East, and Africa with background on CPD and why it’s important for sexual and reproductive health and rights (SRHR). Participants will learn advocacy strategies and identify and agree upon a set of key SRHR priorities for the CPD. Following the training, participants will lobby country delegates to ensure that strong language protecting women’s health and rights is made central to the post-2015 development agenda and goals.

The 47th session of CPD will assess the status of implementation of the International Conference on Population and Development’s (ICPD) Program of Action (PofA), also known as the Cairo Consensus, a document developed and adopted in 1994 by 179 countries, that made reproductive health and rights, women’s empowerment and gender equality critical components of population and development programs. The 47th session of CPD is particularly important because it marks the 20th anniversary of the adoption of the Cairo Consensus.

We’re thrilled to represent the voice of women and youth from Mexico and Central America at this important United Nations meeting. Best of luck to Ingrid, Wendy, Nancy and all who attend!