Current GOJoven Fellows, staff, volunteers, and active alumni from GOJoven Guatemala, GOJoven Mexico, and GOJoven Honduras attended the Third Session of the Regional Conference on Population and Development (CPD) in Latin America and the Caribbean held from August 7-9, 2018 in Lima, Peru. GOJoven was proud to be represented by: 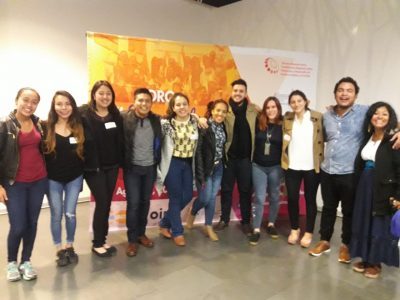 This high-level regional conference was organized by the United Nation’s Economic Commission for Latin America and the Caribbean (ECLAC). Conference attendees included all ECLAC member states, United Nations representatives, and civil society members from across the region. The purpose of this meeting was to review the first regional draft report on the implementation of the Montevideo Consensus on Population Development, which was adopted at the First Session of the Regional Conference on Population and Development held in Montevideo, Uruguay, in 2013.

The Montevideo Consensus was a landmark achievement for sexual and reproductive health and rights (SRHR) advocates in the region and worldwide, as it is the only signed intergovernmental agreement in the region concerning issues of population and development and international migration that encompasses inclusive language on SRHR. It is also takes a more progressive position embracing and upholding SRHR commitments than any previous iterations of agreements stemming from the International Conference on Population and Development (ICPD).

During the Second Session of the Regional CPD, held in Mexico City in 2015, member states and civil society proposed and adopted the Operational Guide for Implementation and Follow-up of the Montevideo Consensus on Population and Development. This year’s Third Session focused on reviewing national progress reports tracking implementation. The results of the country progress reports showed clear efforts to improve quality of life for girls, boys, adolescents, and young people. However, challenges still remain with regards to young people’s access to education and work, as well as prevention of adolescent pregnancy, with significant disparities between and within countries. In addition, the session’s agenda included consideration of a proposal for a virtual platform to contribute to regional follow-up of the Montevideo Consensus, which would be housed by the ECLAC Secretariat and UNFPA LAC.

Civil society organizations across the region are actively engaged with the follow-up on the Montevideo Consensus, holding their governments accountable to accelerate progress toward their commitments. Mira que te Miro is one example of this, as a social monitoring initiative of the SRHR commitments in the Montevideo Consensus. Besides providing a region-wide CPD monitoring and outcome report, their interactive website allows users to compare implementation progress in key areas and topics by country, spanning 23 countries in the region. Alongside other leading SRHR and youth organizations, our very own GOJoven Honduras and GOBelize Alumni associations contributed to their respective country reports, which are available on the website (Read the Honduras report here and the Belize report here). 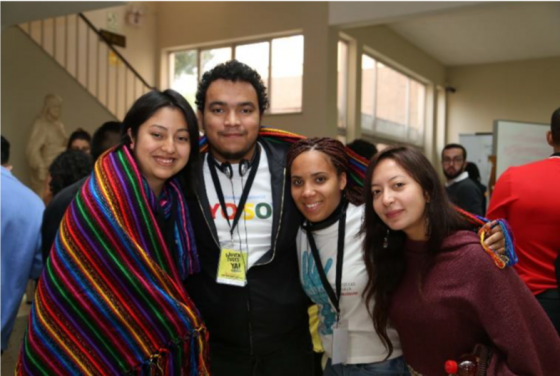 Leading up to the high-level CPD meeting, civil society held several preparatory events in Lima. Two such events in which GOJoven leaders participated were the Civil Society Forum and the Youth Forum. Ana Lourdes Tojin and Alessandro Roldan, both from GOJoven Guatemala, joined civil society members at these events to plan for their proposed interventions leading up to the CPD meeting with government officials. In addition to these forums, there was also a regional youth leadership camp, ¡Juventudes Ya!, hosted by UNFPA in partnership with CAMY Fund, International Planned Parenthood Federation, and Plan International which brought together 50 youth ages 15-25 from across the region. Three GOJoven representatives attended: Alessandro Lanfray, Luis Tuz, and Berenice Vasquez. During this camp, they shared their experiences, strengthened their advocacy skills, and built alliances with other human rights networks. Read more about the experience of GOJoven Guatemala Fellow Alessandro Roldan in his personal blog post here! 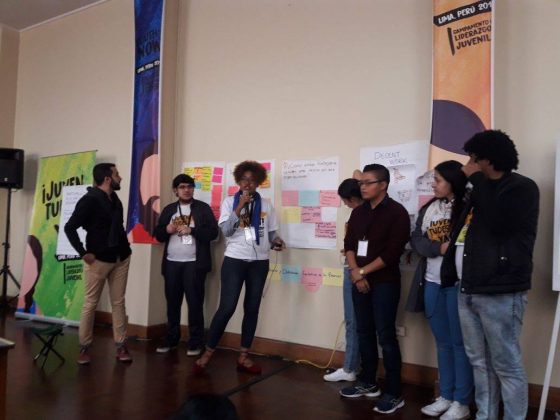 Overall, GOJoven representatives felt empowered in representing civil society from their respective countries by attending this conference. In meeting and sharing with other attendees and leaders, they found strength in their roles as change agents in their communities.

Their experiences in Lima were valuable not only to establish these alliances with like-minded organizations, but also as opportunities to serve as country advocates holding decision-makers accountable to their commitments to adolescents and young people, particularly access to sexual and reproductive health and gender-based violence prevention, as agreed upon in the Montevideo Consensus. Attending this type of conference, in an international space, affords them greater visibility in their interventions as well as stronger networks across countries that are facing similar SRHR challenges. Many of the GOJoven representatives are conducting follow-up activities and plans to disseminate their learnings and bring back key messages to continue advocating locally and nationally for progress on the ground. 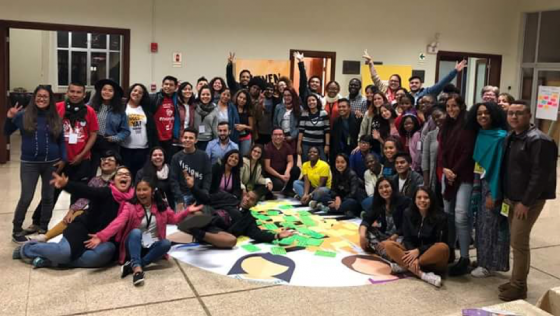