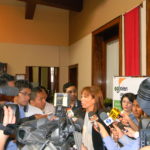 GOJoven became a member of the Reproductive Health Observatories Network (OSAR), a national network that monitors the implementation ofGuatemala’s Universal Law for Family Planning and Sexual Education and the associated improvement of reproductive health outcomes inGuatemala.   The upshot of membership to the OSAR is that GOJoven will have input into the network’s priorities and actions at the national and departmental levels, and the opportunity to join forces with local key reproductive health organizations and decision makers to improve adolescent reproductive health.

GOJoven and OSAR held a press conference on September 26, International Adolescent Pregnancy Prevention Day, to raise awareness around the issue of adolescent pregnancy.  During a press conference, youth leaders from both organizations, including Esther Barajas (2006), Juan Pablo Escalante (2011), and Sara Quiejú (2012), formed part of the youth panel that signed a memo of understanding to work towards increasing adolescent’s sexual and reproductive rights in order to reduce early unwanted pregnancies.

Ten media outlets were present and the audience included members of the Ministry of Health and APROFAM.   The media coverage, which spanned a 3-day period, included a 1-hour interview on adolescent reproductive health and pregnancy prevention with Ana Lourdes Tojin (2005) and Dennis Castillo (2008) on national television; and interview with Ingrid Galvez (2005) and Esther Barajas (2005) on national radio station Emisoras Unidas.  As a result, GOJoven had the opportunity to nationally promote our work in ASRH and pregnancy prevention. 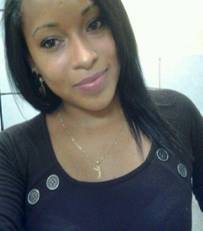 Jenna Hoare obtained an Associate’s Degree in General Studies at St John’s Junior College and has completed coursework toward a Bachelor’s Degree in Social Work at the University of Belize. She believes that her paramount achievement in life has been to accept and overcome her brother’s autism.  Jenna has volunteered at Dorothy Menzies Child Care […]