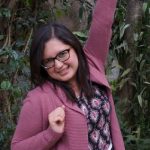 Elva is from Chimaltenango, Guatemala. She was selected as a GOJoven Guatemala Fellow when she was 21 years old. She is interested in working in the field of sexual and reproductive rights of young people. Elva considers herself a woman of commitment, responsibility, honesty, kindness and energetic. During her life she has shown perseverance in the face of obstacles, while obtaining her education both public and private schools and taking advantage of the resources available to her. Elva is currently a preschool teacher while she pursues a degree in Clinical Psychology, and has also worked as a substitute teacher. She loves working with children to help build their abilities through holistic education. 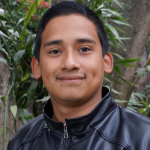 Marlon was selected as a GOJoven Guatemala Fellow at the age of 19. He began in leadership training processes when he was just 14 years old, and has been acquiring methods of learning, training and teamwork and to share with, advise, and motivate his peers – other young leaders. He has grown a lot personally in these five years and overcome barriers in the difficult work of promoting leadership and youth rights. Marlon feels very grateful and impacted by the training experiences he has had, in particular the opportunity to receive the GOJoven Guatemala Scholarship. He is currently studying to become a Nursing Technician in Guatemala City and feels very committed to the empowerment of other young people and adolescents in particular in the area of health and well-being, in order to contribute to a better future for the next generations of Guatemalan youth. 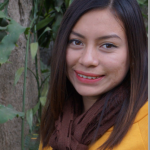 Mishel is originally from Chimaltenago and was selected as a GOJoven Guatemala Fellow when she was 21 years old. She is proficiently trained as a computer operator. Mishel is interested in strengthening her leadership in sexual health and reproductive health in order to make them known as rights of adolescents and young people in her community. Mishel has participated in school workshops on education in contraceptive methods and STI prevention, with a focus on prevention. 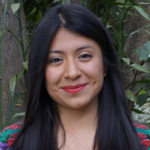 Blanca is 22 years old and is part of the Mayan Kaqchikel ethnic group from the municipality of Patzún, Chimaltenango. She is a a Clinical Psychology student and has attended various sexual health and rights events, including the advocacy camp for Policy and Reproductive Rights and Sexual Rights and the Peaceful Unions Forum. She is interested in being a promoter of human rights and integral education in sexuality in order to improve the condition of the lives of young adolescents in Guatemala. Blanca has given talks in rural areas to groups of young people on issues of sexual rights, stigma and discrimination surrounding HIV, and teen pregnancy prevention. Although she has only recently been trained in the area of youth sexual and reproductive rights, she actively shares this information among informal groups of women. 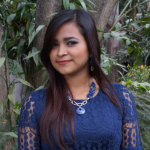 Jennifer is 18 years old and is originally from Villa Canales. She lives in the Palin municipality of Escuintla, Guatemalteca. Jennifer has worked with groups of young people and children on issues of human rights, citizenship and sexual rights, which has informed her interest in strengthening her knowledge of reproductive rights and being a spokesperson for the guarantee and full exercise of sexual health and rights of children and adolescents in Palín, Escuintla. 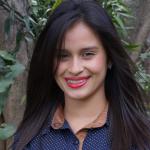 Stefany is originally from the community Chuscaj in the municipality of Chiantla, Huehuetenango. She was selected as a GOJoven Guatemala Fellow when she was 19 years old. She is an extroverted, dynamic woman and youth leader in her community, thanks to her participation in the organization, New Earth. Stefany is committed to disseminating the information she has learned through her community and work experiences, since her goal is to guide, support and motivate groups of young people outside of school who lack accessibility to information on sexual and reproductive health and rights issues. She has started working as a health promoter of these topics by supporting the facilitation of workshops in the different communities in Chiantla. She is in her first year of studying for her degree in Social Work at San Carlos University, which motivates her everyday to keep up her knowledge up to date in order to better support the vulnerable and excluded population in her community. 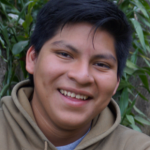 Kevin is originally from Villa Nueva, Guatemala and is 21 years old. As a GOJoven Guatemala Fellow, he helps to facilitate different training processes. He has experience in human rights issues, conflict resolution and leadership. At age 12, he began getting involved with issues of leadership, community advocacy, conflict resolution and training in community arts. He is a facilitator and community advocate trained from LIJOCA methodologies (Young Leadership Changing the Game). Currently, he working to improve education through adoption of new teaching and learning tools. 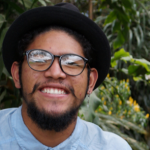 Kevin is originally from Guatemala City and was born and raised in a so-called red zone where violence ends the lives of so many children, adolescents and young people merely seeking an opportunity to develop as human beings. Kevin is a leader and defender of human rights, as well as a young revolutionary with knowledge of history and a social conscience. He was selected as a GOJoven Guatemala Fellow at the age of 18. He is currently studying the 4th year of his Bachelor’s degree and has knowledge of SSR, EIS, and advocacy. He has facilitated training processes for other young people by involving or incorporating popular education techniques such as roleplaying and games as methods of learning. His participation began in 2012 with an NGO that addressed the aforementioned issues, and from there he joined different civil society organizations as a volunteer. He is currently involved in SODEJU FUNDAJU as a facilitator of training processes and provides assistance to other community-based organizations. 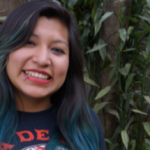 Heidy was selected as a GOJoven Guatemala Fellow when she was 22 years old. She is a young woman with knowledge in Sexual and Reproductive Health, and has experience as a facilitator, trainer, and SSR educator, and organizational leader. She has also been artist from young, as well as a community leader and entrepreneur of various projects. Her strengths as a facilitator in holding workshops are in learning from her participants and sharing. 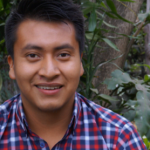 Herber is originally from the municipality of Patzún, Chimaltenango and was selected as a GOJoven Guatemala Fellow when he was 21 years old. He is studying Agricultural Engineering, and along the way has been able to observe the weaknesses that many Guatemalan communities experience in understanding Sexual and Reproductive Health. He has been trained since young in issues related to education, citizen security, and promotion of sexual and reproductive rights.