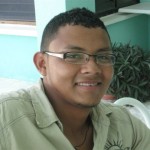 Octaciano (Chano) was 22 years old when he became a GOJoven fellow. He was a very dedicated and creative young leader from the town of Tocoa on the Atlantic coast of Honduras. Chano’s educational background included Business Administration and Management and Social Development. He actively participated in numerous social projects in Tocoa, including a student environmental group organized by the International Municipal Environmentalists, and designing and implementing a housing program for the elderly, and working with Medicos del Mundo (World Doctors). His work as an environmental leader inspired him to work with other young people in Sexual and Reproductive Health issues, particularly in HIV prevention. From 2013 onward, he was a co-founder and active member of the GOJoven Honduras Association, alongside dozens of his fellow GOJoven Alumni.

Chano passed away in June 2018. GOJoven honors his memory and his tireless work and commitment to improve the health and livelihood of populations in his community with limited opportunities, including the Garifuna population, women, young people and children. 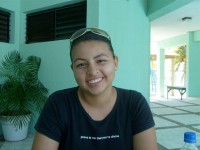 Dayana Sarahi Mondragón Hernandez, selected at age 18, has been a member of the political youth group “Nationalist Youth of Trujillo” and has organized sports tournaments for over 500 adolescents as an alternative to using drugs and violence. Dayana is an extremely dynamic and visionary young woman, experienced in mobilizing and inspiring large numbers of youth to seek healthy options, and committed to peer education and youth leadership. Ultimately, Dayana dreams of joining international medical brigades such as Doctors without Borders. 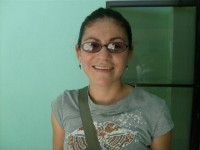 Bessy Lorena Merino Duarte, selected at age 26, has worked as a middle school teacher and also has experience participating in and leading outdoor educational leadership trainings. She graduated as a Facilitator of Outdoor Activities with a focus on leadership, group work, environmental education, risk management, and extreme sports from the Asociación Nacional de Exbecarios para el Desarrollo de Honduras (ANEDH). She graduated Cum Laude with a BA in Education in 2005 from theFranciscoMorazánNationalPedagogicUniversityin Tegucipalpa and then returned home to educate adolescents and contribute to her community’s development. Bessy strengthened her leadership skills and knowledge around sexual and reproductive health through GOJoven. 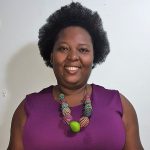 Ivonne Elena Miranda Card was 25 years old when she became a GOJoven Fellow. Ivonne, a Garifuna woman, graduated with a BA in Psychology at the Universidad Católica de Honduras Nuestra Señora Reina de la Paz in La Ceiba, Honduras in 2007, and later obtained her Master’s Degree in Psychology with an emphasis in Education from the Catholic University of Honduras. Upon completing her BA, Ivonne returned to her community and worked as a Psychologist for nearly six years providing individual mental health counseling to adolescents at the Hospital Dr. Salvador Paredes Adolescent Health Center in Trujillo, where she integrated sexual and reproductive health education and services into the Center’s work, as well as in her own counseling. Alongside other GOJoven alumni in Honduran, Ivonne was a co-founder of Asociación GOJoven Honduras in 2014. Ivonne currently resides in her native Santa Fe, department of Colón, Honduras, where she trains local young leaders on sexual and reproductive health issues from a human rights perspective for the project “Together Preventing Pregnancy in Adolescents in Honduras”, implemented by Asociación GOJoven Honduras. From July to December 2018, she served the Association as Interim Executive Director. In the future, Ivonne wants to continue training young people in family planning issues, advising them about their sexual and reproductive rights. She believes that an empowered and informed young person is guaranteed to be a more committed change agent for him/herself and others. 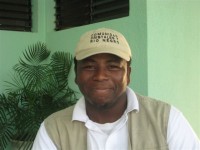 Edwin Dolmo is a Garifuna community leader who has worked as an HIV/AIDS educator, and who also has extensive experience working in HIV/AIDS, sexual and reproductive health, and human rights through youth theatre and training. He has experience as a news reporter for local television and radio programs, has a degree in primary school education and is committed to educating and developing youth voices and opinions. Edwin’s dreams include becoming more active in public policy and starting his own business to help develop his community. He was 27 years old when he was selected to be a GOJoven fellow.