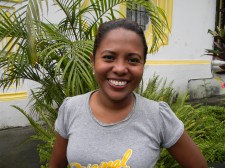 Griselda María Martínez Padilla is a Misquita activist who has experience working for the quasi-governmental National Human Rights Commission as an educator and promoter of human rights. Griselda has an Associate’s Degree in Social Work and has worked on human rights campaigns dedicated to helping people living with HIV/AIDS in some of the poorest regions of Honduras. As a bilingual Spanish/Misquito speaker, she works closely with indigenous communities and organizations on population development and advocacy. Griselda has a strong drive to help her community through education and job creation. She believes that youth in her community need to be empowered to talk freely about SRH which is still a taboo subject. Griselda was 29 years old when she became a GOJoven Fellow. 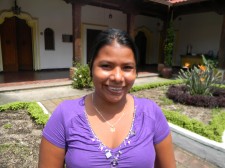 Wendy Jamileth Bermúdez Brown is a Misquita auxiliary nurse who has experience working in thePuertoLempiraHealthCenterand surrounding communities. She has worked on numerous sexual and reproductive health (SRH) campaigns in the area and has been able to achieve her goal of reaching even the most isolated communities. She has extensive experience working in HIV/AIDS prevention and SRH education, and volunteers with the local municipal government where she trains youth on SRH. Wendy is a bilingual Spanish/Misquito speaker who is dedicated to acquiring the necessary skills to help youth prevent unwanted pregnancies in her community. She would like to implement SRH programs that use best practices and model programs in order to address the gaps in services that exist in the Mosquitia region. She was 25 years old when she was selected to be a GOJoven fellow. 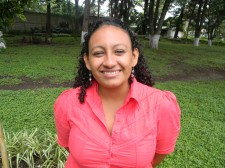 Silvia Xiomara García Méndez was 23 when she became a GOJoven Fellow. Xiomara has been a leader since she was 13 years old, participating in youth groups as a coordinator in the communities of Puerto Lempira and Olancho.  She has served as a volunteer in a joint program of the United Nations in cultural identity issues and also with a local women’s organization, and has also worked as a teacher at the high school Centro de Educación Básica (BasicEducationCenter).  She has a Bachelor’s Degree in basic education and is fluent in Misquito. She believes that children should be taught about sexual and reproductive health at an early age, especially in her community where adolescent pregnancy is very common. Xiomara is truly committed to working with youth and her main objective is to increase educational opportunities for her students. Her strongest passion is to promote sexual and reproductive health of youth in her community, through work with different organizations, parents and teachers. 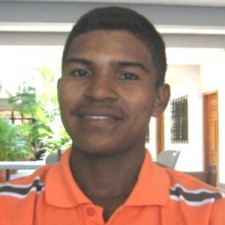 José Luis Cruz Nicolás, a Misquito youth leader, is committed to working with local Misquito youth on the prevention of drug abuse and unwanted pregnancies. He has experience leading by example as a Spanish/Misquito bilingual youth volunteer at his church, where he shares his passion for life and positive energy with the youth in his community. His goal is to strengthen his skills as a youth leader and use mass communication to educate youth on sexual and reproductive health. José was 22 years old when he became a GOJoven Fellow. 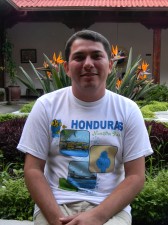 German David Sandoval Orellana, a Ladino teacher, received his bachelor’s degree in mathematics in 2008 from theFranciscoMorazánUniversity. His professional experience includes teaching English, math and computer classes at the Chino Tallon basic education center to youth aged 11 to 18. German dreams of a community that is free of drug addiction, with a high education level, and enthusiasm to improve. He has served as president of an organization called Kaysa, which means let’s go in Miskito, that works with youth on making personal improvements. He is fluent in Misquito and was 28 years old when he became a GOJoven Fellow. 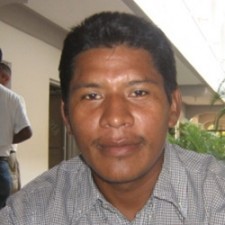 Onorio Sánchez Mena was 29 years old when he became a GOJoven Fellow. As a Taguaka community nurse, he has worked at a local health center providing HIV/STD testing and counseling to young indigenous women and as a community health worker addressing gender equity and adolescent pregnancy prevention. Onorio has experience volunteering at a Catholic radio program on various health-related issues and believes that his radio experience combined with his ability to speak three languages (Spanish, Misquito and Taguaka) enable him to significantly impact the sexual and reproductive health of his community. In his view, radio is an effective tool to reach the local people who do not have access to other forms of communication. Onorio would like to create a youth-friendly space providing access to SRH information, counseling and most importantly, enabling youth to be heard.