Chrisbert was eighteen years old when he began his training as a GOJoven Belize Fellow. He is a journalist from Punta Gorda Town who has been working with the media for the past two years, first with PGTV and presently with Belize Media Group. He was pursuing his degree in English at the University of Belize but has put his studies on hold in order to focus on a full time career in the media and has also been volunteering at the Department of Youth Services (DYS) in Punta Gorda Town. Chrisbert decided that he wanted to be a part of GOJoven and help to bring positive change to the youth in Punta Gorda, since he sees that they are facing many problems, the majority of which he thinks can be solved by imparting knowledge unto them. Chrisbert plans to share the knowledge gains from GOJoven with as many youth as possible, hopefully thereby minimizing the occurrence of some of the issues affecting young people in Punta Gorda Town. 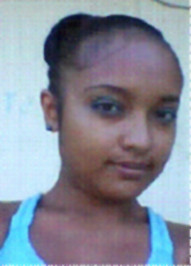 Jazmine Lino is always on the go and describes herself as being an active youth in her community. She was a participant in the UNDP/GOBelize Out of School Youth outreach program, where she became interested in sexual health. She enjoys writing, drawing, reading, cooking and farm living. Jazmine is a strong and confident individual as […]