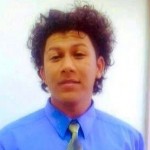 Rafael is currently volunteering at the Department of Youth Services as a Youth Officer. He was born in 1996 in Independence Village, Stann Creek District. Rafael has successfully completed three years of online education in the field of Information Technology. He is a high school dropout but that hasn’t stopped him from accomplishing goals he has set for his life. Rafael is certified as a Customer Service Representative and also an Assistant Teacher at Independence Primary School. Rafael has a great passion for working with children and youth, which he has been doing for the past year, and has hopes of becoming a key icon within the youth development field in Belize in the years to come. In the short team, Rafael plans to complete his secondary level education and move on to University to pursue a career in Social Work. 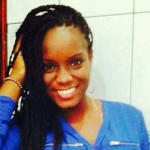 Valentine is an empowered, outspoken young woman who stands for what she believes in. She was born in the south side of Belize City. After attending secondary school at the Anglican Cathedral College (ACC), she attained her Diploma in Business and is currently pursuing an Associate’s Degree in Business Administration at St. John’s Junior College. Working for three years at Pharmacy Express gave Valentine strong customer service skills she can put to use in other sectors. Valentine considers herself a youth advocate in Sexual Reproductive Health (SRH) and women’s right in Belize. She sits on the Youth Advisory Board of the United Nations Population Fund (UNFPA), where she provides key recommendations for interventions that fit the need of youth in Belize. Her experience at UNFPA exposed her to becoming the Youth Development Coordinator for a Non-governmental organization called Youth Advocacy through Arts (Y.A.T.A), where she educates youth about social issues through entertainment.  She also became the Young Adult Teacher at Trinity Assembly of God Church sharing her leadership abilities in spiritual growth and volunteers at Belize Volunteer Club (BVC). Valentine aspires to take her work advocating for equal rights of women locally the international level. 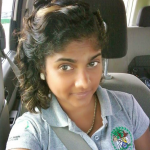 Shantel is a young woman with the drive and dedication to make her community a better place. She was born in Dangriga but has resided in Belmopan for the past 18 years. She is currently pursuing an Associate’s Degree in Business Science at the University of Belize and works at the Ministry of Finance and Economic Development, serving as Support Staff in the Road Safety Project Management Unit. Her energy and enthusiasm for dealing with young people is exceptional. She is a youth leader and a member of Belizean Youth 4 Road Safety, where she imparts knowledge and skills regarding road safety measures to her peers. She is also a member of the Belmopan Rotaract Club, a youth program created by Rotary International, and a group she loves volunteering for because it allows her to give back to her community. Shantel’s drive for creating positive growth in her community is the central pillar of her work, and is why she believes that provision of volunteer service can make such a positive contribution to Belizean society. 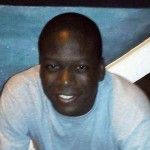 Delmore loves working with youth, especially young people of his age. He started off by volunteering at the Department of Youth Services (DYS), where he attended youth leadership camps and meetings and workshops that focused on youth empowerment and development, and also served as assistant supervisor of the DYS Computer Lab. As a result of his volunteerism, Delmore was selected for the Youth Apprentice post at DYS Punta Gorda Branch. He graduated from Toledo Community College in 2014 and aspires to achieve a higher rank in DYS. Delmore’s long term goals are to ensure that most youth in Belize are equipped with a positive mindset and are willing to participate in all gender and youth-related activities. He believes that sexual and reproductive health is a central topic in contemporary Belizean society and that if young people are not educated about the risks of unsafe sexual intercourse this will lead to further increases in STI incidence. He is convinced that, as young people need, he and his peers need to look out for each other and be aware of the risks they face in society. He believes that the educational opportunity provided by GOJoven can help address this need. 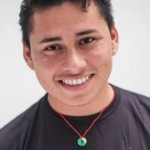 Diego went through a time of rebellion during his teen years where he dropped out of school and started abusing substances. A series of events changed his whole life, gave him a reality check, and he decided to get his life together, go back to school and get a job. In 2015 Diego graduated from secondary school and is looking forward to go to the University of Belize to take up the Social Work Career. Diego has been working as an educator with Collaborative Network of Persons living with HIV (C-NET+) since 2012, providing secondary prevention through the strategy of home visits. During this time he also started working with the Pan American Social Marketing Organization (PASMO) focusing on primary prevention with key affected populations, primarily MSM and female sex workers.  Working with these organizations has made him very passionate about advocating for young people living with HIV and LGBT, since Belize has no mechanisms in place to ensure comprehensive care, treatment and tailored SRH services for these populations. Both populations are at a critical place in their development, facing serious stigma and discrimination and yet not having safe spaces to deal with the daily issues that affect their quality of life. Through his work as a young advocate he has become a member of J+LAC, GNP+ Y+, and has been elected to be a REDCA+ focal point to Belize. These regional and international spaces have allowed him to voice out the gaps that are affecting young persons with HIV and LGBT in Belize. 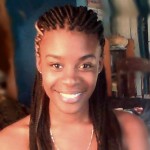 ntly a member of the Belize Defense Force, specifically its Volunteer Element. She has been working in that capacity for the past four years. She also is an instructor in the Belize Defense Force Youth Cadet Corp. She was once a member of the Youth for The Future youth group when it was initiated, where she later became a volunteer in what is now the Department of Youth Services (DYS). Kaneir started her career in Nursing and hopes to complete it within a period of four years. She enjoys working with youth and has conducted talks and sessions in both primary and secondary schools in Dangriga Town. Her message to them is to be open minded and change is always something to be open to.

Chrisbert was eighteen years old when he began his training as a GOJoven Belize Fellow. He is a journalist from Punta Gorda Town who has been working with the media for the past two years, first with PGTV and presently with Belize Media Group. He was pursuing his degree in English at the University of Belize but has put his studies on hold in order to focus on a full time career in the media and has also been volunteering at the Department of Youth Services (DYS) in Punta Gorda Town. Chrisbert decided that he wanted to be a part of GOJoven and help to bring positive change to the youth in Punta Gorda, since he sees that they are facing many problems, the majority of which he thinks can be solved by imparting knowledge unto them. Chrisbert plans to share the knowledge gains from GOJoven with as many youth as possible, hopefully thereby minimizing the occurrence of some of the issues affecting young people in Punta Gorda Town. 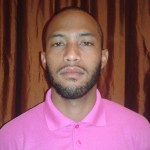 Peter was born in Belize City, where he was raised by his grandmother, and later moved to Belmopan City where he has resided for the past 6 years. He is currently pursuing an Advanced Level Law Degree at Cambridge University and an Associate’s Degree in English at the University of Belize. He currently serves as Transport Officer for the Government of Belize under the Ministry of Works and Transport. His dynamism and enthusiasm for dealing with people both young and old is exceptional. He is the former President the Belize Red Cross Youth Club and the Belizean Youth for Road Safety, where he advocated for better driver behavior of youths to reduce the level of traffic related fatalities in Belize. He is presently Vice President and member of the Belmopan Rotaract Club, a youth program created by Rotary International, which has allowed his passion for volunteering to blossom. The positive impact of Peter’s volunteer work has reached hundreds of lives within Belize. He aspires to continuing acquiring skills that will help him become the future Prime Minister of Belize to make his country a place of unity and perseverance that benefits all Belizeans. 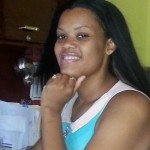 Kandice is a teacher at the institution of Saint Catherine Academy, a Catholic-based Secondary School in Belize City. She holds a Bachelor’s Degree in Physical Education and Sports. Kandice has been actively involved with youth for over a decade, both as a youth group leader and as an organizer for national youth. Kandice’s short term goal is to work with groups whose primary focus is youth empowerment and development. In the future Kandice would like to be part of the government sector that is involved with policy writing and implementation for youth. Her greatest passion is ensuring that the youth she comes in contact with have the necessary tools and skills available to them to become productive members of society.